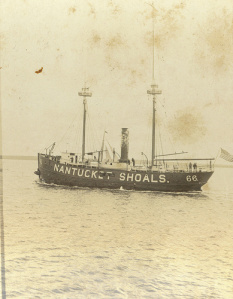 In 1659 when the first white settlers came to Nantucket, friendly natives taught them how to make baskets from ash, oak and hickory.

Then, when the whaling industry began to flourish in the 1830’s, whaling vessels sailing to the Pacific Ocean brought back a new material called cane, or rattan, that was used for basket making in that part of the world. Gradually rattan replaced the ash, oak and hickory used to make baskets on the island and baskets were made almost entirely of rattan.

During the whaling era “coopers” made barrels to hold the whale oil on the whaling vessels and later on land when the oil was stored and sold. Coopers also originated a basket that resembled the barrels they made to hold the whale oil. Like barrels, these baskets had board bottoms, vertical splints up the side of the basket onto which the rattan was woven and a circular top binding called a “hoop.”

Overtime the artistry and craftsmanship of the crews produced baskets that were widely sought after and sold for profit to Nantucketers and to visitors to the island.

By 1900 baskets were no longer made on the lightship at the South Shoals but the tradition continued on the island from 1910-1940 although only a handful of men made baskets for sale in their spare time.